Readers met the Woodcutter sisters (named after the days of the week) in Enchanted and Hero. In this delightful third book, Alethea Kontis weaves together some fine-feathered fairy tales to focus on Friday Woodcutter, the kind and loving seamstress. When Friday stumbles upon seven sleeping brothers in her sister Sunday's palace, she takes one look at Tristan and knows he's her future. But the brothers are cursed to be swans by day. Can Friday's unique magic somehow break the spell? 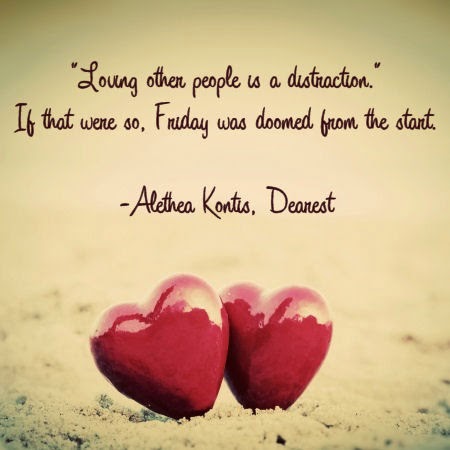 Dearest, by Alethea Kontis, begins after Saturday accidentally called an ocean into her landlocked country. After Saturday leaves for her adventures in Hero, the rest of her country and family must deal with the chaos that ocean brought. Friday finds herself in her sister Sunday’s palace, overseeing an army of children. She notices a few things out of the ordinary, particularly a group of seven swans and a small servant-girl who seems to have a connection with them. Then when Friday discovers seven princes sleeping in an abandoned room in the palace, she determines to help them break their curse.

Dearest was a sweet romance and a fantastic mix of some of my favorite fairytales. “The Seven Swans” and “The Goose Girl” were but two of them. I loved the way the stories were once again intermingled in new and intriguing ways. Friday’s love story was one worth reading again.
I really liked Friday. She was sweet and kind. I can relate to her very well. I enjoyed watching her interact with her children friends and her squire throughout the story. I thought it was interesting that Alethea wrote that Friday fell in love over and over again. In the fairytale world, that does not happen. But in reality, it could be possible. Some girls have crushes on several different guys.
I enjoyed watching the brothers interact. Each was good at something different. I was a little confused as to which one was which, but I still enjoyed their originality. I read a review of Hero that commented on the amount of swearing involved in the book. In Dearest, I am happy to say that there is not a single curse word. The brothers in particular are said to be cursing, but the words they use remain blessedly unknown to the reader who does not prefer their use.
What I did not like about the book was the way Dearest ended. After the action, the ending is perfect, romantic, and sweet. But I did not like the amount of sorcery and black magic involved in the climax. The enemy must be evil, but the readers do not have to be exposed to the dark magic in order for the story to be good. Another part of the ending involved one of the brothers. He was angry all the time. I thought that there was so much potential for him, if he would only let go of his anger. But he did an un-reversible action that made all that potential go to nothing. The action was good, but there was so much more that could have happened with him, that it saddens me.
Overall, Dearest was lovely and I may just read it again one day.
I received a free copy of this book in exchange for an honest review.

The Other Woodcutter Sisters Books 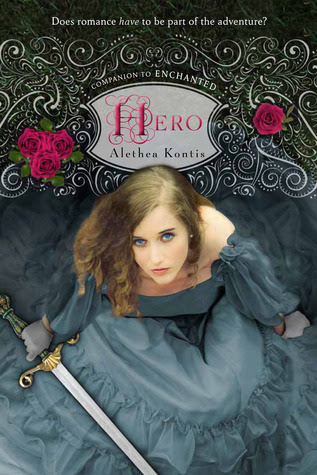 New York Times bestselling author Alethea Kontis is a princess, a fairy godmother, and a geek. She's known for screwing up the alphabet, scolding vampire hunters, and ranting about fairy tales on YouTube.

Her published works include: The Wonderland Alphabet (with Janet K. Lee), Diary of a Mad Scientist Garden Gnome (with Janet K. Lee), the AlphaOops series (with Bob Kolar), the Woodcutter Sisters fairy tale series, and The Dark-Hunter Companion (with Sherrilyn Kenyon). Her short fiction, essays, and poetry have appeared in a myriad of anthologies and magazines.

Born in Burlington, Vermont, Alethea currently lives and writes in Florida, on the Space Coast. She makes the best baklava you've ever tasted and sleeps with a teddy bear named Charlie.