Today we have a blog tour for the book Secrets Kept by Jennette Mbewe! 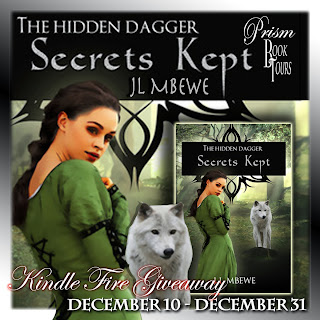 On Tour with Prism Book Tours

This tour will explore the World of Nälu:
Where a story with adventure, action, love, betrayal, and a quest takes place.
We will get to visit sites, learn more about the cuisine, and be introduced to some elves, dwarves, and shape-shifters, at the least. 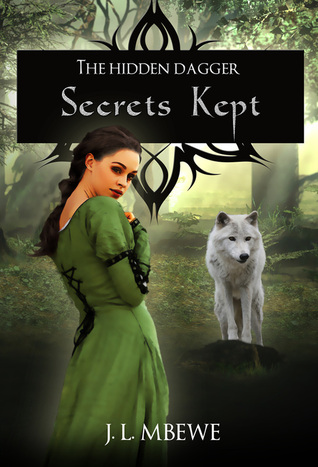 With a curse, she will build an army.
With the dagger, she will undo the last sacrifice.
But first the sorceress must find the secret keeper.

Torn from her homeland and thrust into a betrothal against her wishes, Ayianna learns her family has a deadly secret that now has her on the run. She joins forces with Kael, an embittered half-elf, and Saeed, an elderly High Guardian, to seek answers to her father’s death, the destruction of Dagmar, and the plains people’s bizarre behavior.

Ayianna discovers there is more at stake here than just her mother’s disappearance and her familial duty to her betrothed. The sorceress has cursed the plains people, and it is a race against time to release them before the sorceress resurrects an ancient evil.

Jennette has graciously agreed to tell us a little more about her world of Nalu, specifically the Kaleki and their dragons! Without further ado, I give you Jennette Mbewe!
﻿ 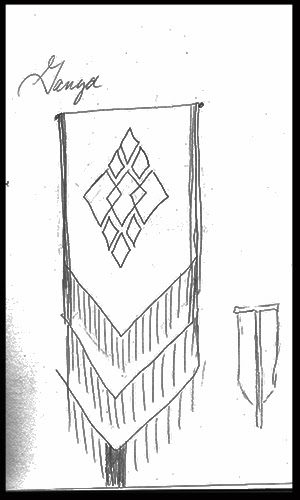 
Across many watery miles and treacherous seas, is a land of mystery, great beauty, and wonder. Ragged mountains emerge from the depths and loom over lush, colorful gardens. Home to the glowing moonflower, healing waters, and dragons.


Here, you will find the Kaleki. The Sea-people. Otherwise known as the merfolk.


With their slanted, ribbed foreheads, double eye-lids, and the gills on their neck, the Kaleki look the most different, aside from the Haruzo in their feline form. Their lack of facial expression makes others uncomfortable, and they are often mistaken as unfriendly. For many strangers, it is hard to tell what a Kaleki is feeling, but if you watch their eyes, you’ll soon learn their feelings run deep and truer than most outward demonstration of such.


One might think the Kaleki is limited to the water, but that’s a myth. When they exit the water, their gills close and their tail dissolves into legs, but they can’t go too long without their beloved waters or their skin will hurt and their body will begin shutting down. Upon contact with water again, their gills open and their legs form a tail. The transition between land and sea is quick at first, but as the merfolk age, the transition gets harder, slower, and more painful.  Toward the end of their years, a Kaleki will choose where they will die and remain in that form until the end.


Before contact with the rest of the nations, the Kaleki ruled the seas without thought to clothes, but as interaction grew between the people groups, the merfolk were encouraged to “cover-up”. Eventually, they designed a silver fabric that would not become cumbersome in the water. Still, the older generations prefer unrestricted movement and refuse to wear anything but a silver wrap around their hips when out of the water. So don’t be shocked if you see an elderly merwoman running around with no clothes.


Stygian’s rule did not reach the Kaleki until one of his hunting parties returned with a naked merwoman in chains. His thirst for conquest was rekindled, but before he could learn more, she disappeared in a failed rescue attempt, revealing a large undercurrent of resistance among the Saryhemor elves. Stygian turned his focus on squashing the rebellion instead and would never get the chance to claim Ganya as his own. Thankfully so!


Later on, the Kaleki would play an important part in the downfall of Stygian and in establishing the Perimeter to keep the Tainted One and her servants within the confines of Nganjo and the Abyss, but that’s a different story for a different time.


In Dragon Thief, we get a glimpse of the Kaleki and their dragon nurseries. They are the only nation allowed to breed and train dragons. Mostly for the king’s royal guard and defending against pirate attacks. The Kaleki share a special bond with the dragons. Some like to joke it’s because the Kaleki are half reptile, but there’s no evidence they are reptilian at all. One would think they would be closer in relation to the dolphin.


In Secrets Kept, we don’t see much of the merfolk, but we do meet Nerissa, one of the Guardians, and we’ll see more of them in the books to come. I’ve only brushed the surface of these remarkable people. We haven’t even discussed the differences in culture, language, procreation, or even commerce, but as you can see, this is getting quite long. Until next time!

NOW AVAILABLE: Tales of  Nälu (all three short stories in paperback) on Amazon!

Writing as J. L. Mbewe, Jennette is an author, artist, mother, wife, but not always in that order. Born and raised in Minnesota, she now braves the heat of Texas, but pines for the Northern Lights and the lakes of home every autumn. She loves trying to capture the abstract and make it concrete. She has two short stories published in The Clockwork Dragon anthology, and is busily creating worlds inhabited by all sorts of fantasy creatures and characters, all questing about and discovering true love amid lots of peril. Her debut novel Secrets Kept and her short stories set in the world of Nälu: Desert Rose, Dragon Thief, and Indestructible are now available. She is currently living her second childhood with a wonderful husband and two precious children who don’t seem to mind her eclectic collections of rocks, shells, and books, among other things.

For more information about her journey as a writer mama and all things creative please visit her at: 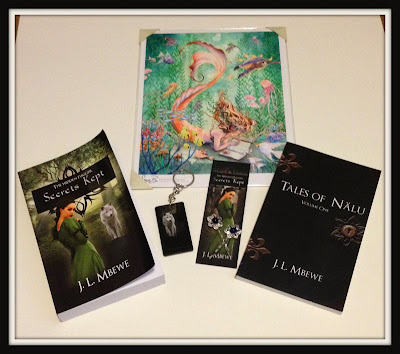 Are you a blogger and want to receive information about new tours? Go HERE.
Are you an author or publisher and would like to have us organize a tour? Go HERE.