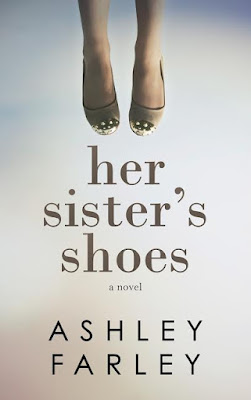 Set in the South Carolina Lowcountry and packed with Southern charm and memorable characters, Her Sister’s Shoes is the story of three sisters—Samantha, Jackie, and Faith—who struggle to balance the demands of career and family while remaining true to themselves.

Samantha Sweeney has always been the glue that holds her family together, their go-to girl for love and support. When an ATV accident leaves her teenage son in a wheelchair, she loses her carefully constructed self-control.

In the after-gloom of her dreaded fiftieth birthday and the discovery of her husband’s infidelity, Jackie realizes she must reconnect with her former self to find the happiness she needs to move forward.

Faith lacks the courage to stand up to her abusive husband. She turns to her sisters for help, placing all their lives at risk.

In the midst of their individual challenges, the Sweeney sisters must cope with their mother’s mental decline. Is Lovie in the early stages of Alzheimer’s, or is her odd behavior normal for a woman her age? No one, including Lovie, understands her obsession with a rusty key she wears around her neck.

For fans of Elin Hildebrand, Her Sister’s Shoes is a contemporary women’s novel that explores and proves the healing power of family. 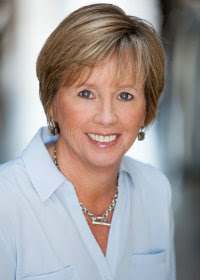 Ashley Farley is a wife and mother of two college-aged children. She grew up in the salty marshes of South Carolina, but now lives in Richmond, Virginia, a city she loves for its history and traditions.After her brother died in 1999 of an accidental overdose, she turned to writing as a way of releasing her pent-up emotions. She wrote SAVING BEN in honor of Neal, the boy she worshipped, the man she could not save. SAVING BEN is not a memoir, but a story about the special bond between siblings.When she's not working on her next novel, HER SISTER'S SHOES, scheduled for release in July of 2015, she can be found book blogging at www.chroniclesofavidreaders.com.

Her Sister's Shoes was an interesting tale about three adult sisters and their families. Each of the women, Jackie, Sam, and Faith, has problems that escalate during the course of this book. But perhaps it is only by stepping into each other's shoes that they can truly understand what each other is going through.

There was a lot of depth in this book. The sister's problem's include divorce, depression, abuse, and dementia in themselves and their family members. I admire the way the author used the problems to help the characters grow and to begin healing the wounds in the characters lives. Although the amount of problems made the book hard to read sometimes, the end made everything worth it for the characters and for me.

The setting was a small town on the east coast and often featured the family business, a seafood market. The way the overall setting was described made it sound beautiful and fit the descriptions I have heard about that area. The story and the setting blended perfectly in many ways.

Her Sister's Shoes was well thought-out and well-written. I would rather the author have left the curse words out, but otherwise, the novel was very good.

Although Her Sister's Shoes was not a book I generally would have chosen to read, I enjoyed it and found it interesting and well-written.

I received a free copy of this book in exchange for an honest review.
Posted by Emily K at 4:00 AM