The Ilyon Chronicles are a favorite series I discovered this year. So far, Jaye L. Knight has published two novels in the series, with plans for many more. But today, she has revealed the cover of her new novella, Half Blood. I am excited for Half Blood, and think it has the best cover in the series so far. Doesn't it make you curios about Jace's experiences in the arena before the series began? 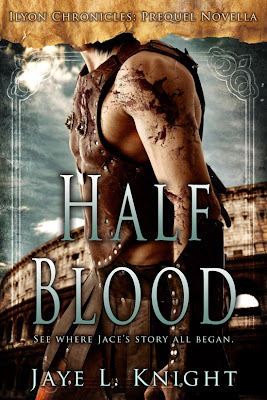 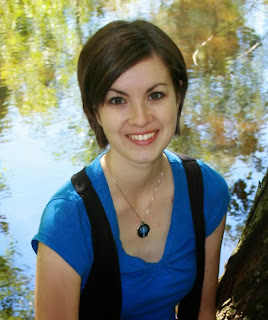 Jaye L. Knight is an award-winning author, homeschool graduate, and shameless tea addict with a passion for Christian fantasy. Armed with an active imagination and love for adventure, Jaye weaves stories of truth, faith, and courage with the message that even in the deepest darkness, God’s love shines as a light to offer hope. She has been penning stories since the age of eight and resides in the Northwoods of Wisconsin.
You can connect with Jaye on her website, blog, Facebook, Google+, and Twitter.


As part of a month long celebration for the one year publication anniversary of Resistance (Ilyon Chronicles - Book 1), Jaye is giving away several fun prizes! Enter for a chance to win using the form below! U.S. entries only please.