Book Reviews: "Trixter" and "Tales of Arilland" by Alethea Kontis 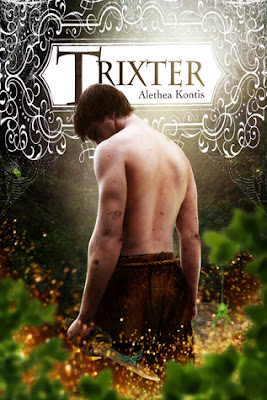 Trixter begins where Hero and Dearest began, with Trix Woodcutter putting a sleeping potion on his family and running away to save his biological mother.  This, of course, was just before Saturday threw her magic mirror out the window and accidentally caused an ocean to flood the countryside.  But getting swept up in a magical ocean is only the beginning of the adventures for The Boy Who Talks to Animals.

Trixter was, in my opinion, one of the best books I have seen by Alethea Kontis yet.  Enchanted rates number one, with Trixter a close second.  Trixter was all fun adventure with very few or no instances of the dark, creepy magic that was my only dislike of the series.  Instead, the story follow’s Trix on his magical journey, meeting all kinds of strange and wonderful people and creatures—a falling star, a ghostly cat, a three-headed sea monster, and a golden girl are just the beginning.

I loved Trix’s character!  He never let anything get him down but just took things as they came.  He nearly drowns but instead of panicking, he just enjoys the undersea view!  It was hilarious!

I also liked all the mythical creatures and fairytales woven into the story.  Few people have read the fairy tale of the golden girl and the house of cats, but even that bizarre story makes an appearance in this wonderful tale.  There are certainly perks to being covered with gold!

In all, I would highly recommend this story.  Trixter was a light and funny read perfect for teens who love fairy tale retellings.

I received a free copy of this book from the author in exchange for an honest review. 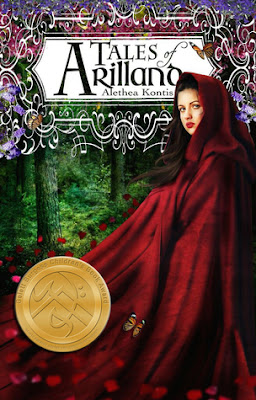 Tales of Arilland is a collection of short fairy tale retellings centered in the story world of the Woodcutter Sisters Series by Alethea Kontis.  There are several independent stories, such as the retelling of “Red Riding Hood,” the original novella of Enchanted, and the same novella told from Prince Rumbold’s point of view.

Tales of Arilland was full of dark magic.  The books in the Woodcutter Sisters Series had a good deal of it as well, but these Tales had a bit more.  Who knew The Little Mermaid could be so creepy?  And Little Red Riding Hood was just plain sad!  I never read the legend of Bluebeard’s first wife, but this retelling – yikes!

Each person has his or her own opinion on how much dark magic they want to read.  This book reached my limits; I am not into the creepy, bloodiness of it.  All the tales in this collection were told with an air of darkness, and while I enjoyed some of them, I was not all that interested in some of the others.

On the good side, each of the tales was told uniquely.  One was presented as a series of letters.  One was told from someone watching from another person’s eyes.  It kept the stories interesting.  I also enjoyed how unique each of the retellings were.  Stories that have been told and re-told countless times can get old, but the author did a fantastic job, yet again, of making each tale refreshingly new.

I would recommend this book to older teens who enjoy dark fantasy and fairy tale retellings.

I received a free copy of this book in exchange for an honest review.
Posted by Emily K at 1:01 AM